Ten years ago today I was in Iraq.

I was there for a very short time - just a week - as a young and rather naive radio reporter. In what I thought was the gig of a lifetime, I was embedded with the British Army who were soon to withdraw from Baghdad and Basra.

Here’s your correspondent, complete with unflattering haircut, being briefed on upcoming exercises on an army base outside Basra. ↓ 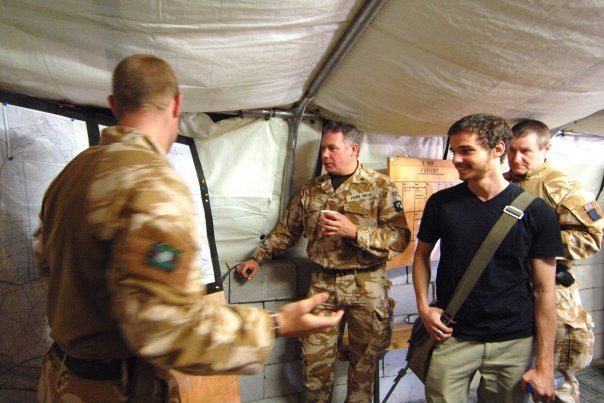 I was made to feel very welcome and driven in armoured tanks and flown over the dusty tenements of Baghdad strapped to a noisy Chinook helicopter.

I thought it was pretty cool to be reporting from a war zone at the age of 24 and I took the job very seriously. But I realised some time afterwards that it was a cynical jolly: the British Army offered impoverished local press a free trip to a major story and, in return, got oodles of grateful coverage. Well, more than that actually: the region my station broadcast to, with its high poverty and low education, was a prime recruiting ground for the army.

It’s only fair that I mention all this, but I’m writing about my trip to Iraq today for a different reason.

As I said, I was working for a popular radio station and I loved the job, but I was frustrated. Frustrated partly because I’m not a good reporter and was discovering I didn’t possess the dogged curiosity, scepticism and delight in confrontation necessary to be a great one; but also frustrated because I really wanted to be making videos.

When the ticket to Iraq arrived on the desk I decided I would use the trip to launch my career as a…drumroll…multimedia journalist. Back in 2009 this was an exciting buzzword (it has since been shortened to “journalist”.)

I bid for a second-hand DV-camera on eBay and pranced around the streets of Iraq with a professional radio microphone in one hand and my camera in the other. This picture makes it look easier than it was. ↓ 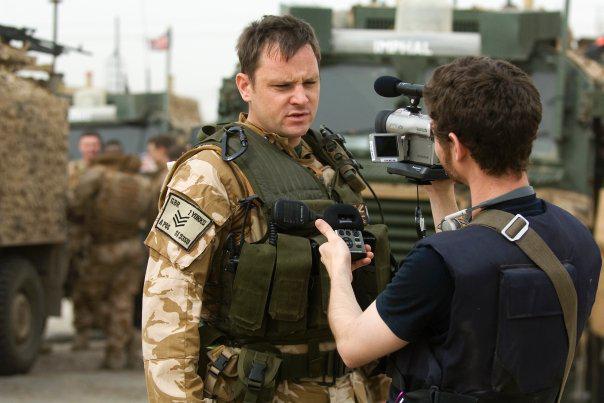 I came home with visions of an ambitious multimedia project - One Week In Iraq I called it; and I pulled it off, teaching myself some crude web design skills along the way. (If you’re interested in watching what remnants of it still exist online, I wrote a longer reflection last year.)

Looking back, this little adventure was the first step in the long winding path of making original stories that has led me to where I am now.

But at the time it didn’t lead to anything, as so few of these things do.

Building A Body of Work

And this is what I wanted to write to you about today. Almost all of the things I have made since One Week in Iraq have led to nothing. I have made dozens of videos, published little digital books and a quarterly magazine, created online courses…and not a single one of them ever took off.

I used to find this really difficult to deal with. The work, the study, the practice just didn’t seem to pay off.

I remember bemoaning my long list of failures over a coffee with my good friend Guy when he told me something that healed me.

“You’re thinking of the internet as a publishing stream” he said (as best as my memory can deliver, it was two years ago). “But actually it’s an archive.”

It is a point worth reflecting on. The social web, with its constantly moving stream of content, dupes us into a broadcast mindset: it tricks us into thinking we only have a narrow window for our work to make an impact before it floats away forever.

But everything we make stays online forever, if we want it to.

And so, if you let it, the work builds. It has this cumulative effect, this long, slow, determined build over time.

As a creator I try not to get hung up on single successes and failures, but instead have faith that it’s the archive that matters

When I look back over everything I have made in the last ten years, I no longer see a list of failed films and also-rans. I see an archive - a library with my name above the door in carved oak letters - slowly building, slowly growing into something greater than the sum of its parts. It started with One Week In Iraq and finally, after a decade, it is beginning to look like a body of work.

Hm…Did I just write a script for The Long Game Part 4?

Keep building that body of work - it’s all leading somewhere.