I have thought about this advice, from designer Frank Chimero, a lot over the last year: once through, cleanly.

It’s very simple: when you are first beginning a project, frame it in a format that means you can complete the idea in a single sitting.

If you are developing a screenplay, begin with a one-page treatment that lets you tell the whole story from start to finish in one single sweep.

If it’s a comic, begin with very rough thumbnail pictures that, again, get you from start to finish cleanly in a single sitting.

Once through_, cleanly._ It’s such an elegant way of phrasing the advice, isn’t it?

It conjures up an image of a sharp knife effortlessly cutting through a big cake, producing a perfect slice.

In a stage of the process which is so often intimidatingly messy, it doesn’t offer control, but direction.

Here it is, in Frank’s own words:

“You think about your idea, sketch, then put some glue in your chair and bang it out in one sitting. All of my best work happens this way: posters, collages, essays, outlines for talks, and so on. The work seems to be more cohesive and the energy more concentrated and palpable. If you sit down and what you make is bunk, you walk away, come back later and start over. You don’t keep any of what you’ve done before, you only retain the memory of what went wrong. It’s a silly method, but it works for me.”

Starting something is one thing; it’s only when you come out the other side that you can look back and learn the lessons.

More pictures of postcards in their new habitats have emerged! 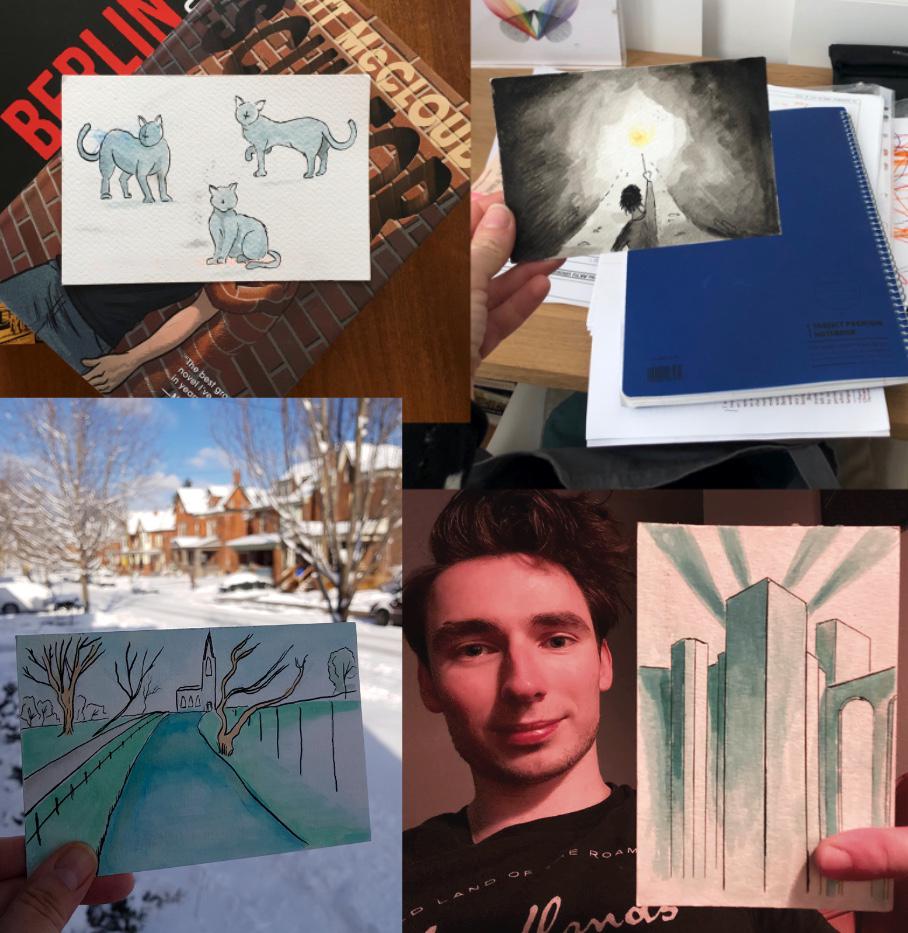 It’s so nice to see these little cards I made in all these different places and climates!

This week’s letter comes from St. Augustine, a city on Florida’s east coast where I am spending a week with my Nana and Auntie, both long-time Third Something readers.

It is chilly here, but the sun is shining bright.