These are strange times.

Depending on where in the world this letter finds you today, you might be in forced isolation in Italy or looking out of your window in Paris at the closed up bars and cafés; you might be on a laptop in your kitchen in California trying to work from home while your kids go nuts because their school has been closed. Or perhaps you’re in the UK like me, where life is technically carrying on as normal - but not for much longer.

Wherever in the world you are right now I am thinking of you and wishing you well.

One of the strange behaviours this situation has created is all the people panic-buying toilet roll.

On Tuesday afternoon I pitched the New York Times a short video about panic-buying. My pitch was to make a fake commercial imagining toilet paper as a Coronavirus essential.

By late night on Tuesday it had the green-light, but the window for the video was very small. This pandemic is a story moving so fast, arguments and perspectives are being outrun by the events themselves.

So we decided to keep low and move fast.

I reached out to Brendan Miller a talented filmmaker and video essayist to help me out and on Wednesday lunchtime we were filming in my bathroom. 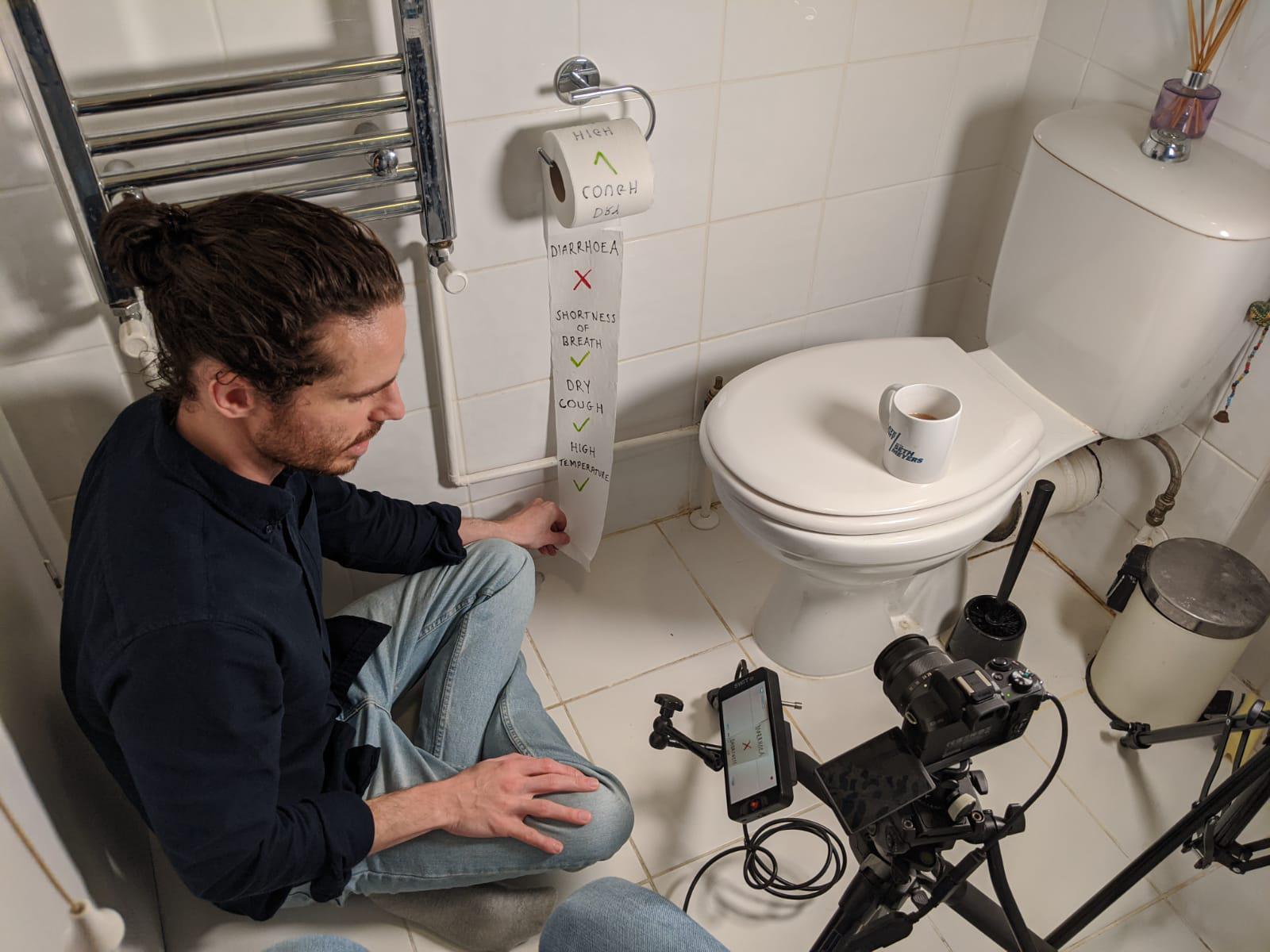 Filming toilet roll in my bathroom for The New York Times

I appreciated this week how drawing from reference can work in video too. Central to my pitch was this mock commercial, presenting toilet paper as something it isn’t: useful during this crisis.

The concept was inspired by these fake commercials by the comedian Peter Serafinowicz. With the limited time we had available, these videos were a shortcut to the visual language we would need to make the idea work: the harsh lighting, awkward acting, lists, mechanical wipe transitions and an urgent 80s synth soundtrack.

Using Serafinowicz as a reference did two things: it solidified the concept in my head and helped me communicate it to Brendan super quickly: we watched a few commercials together, took notes on the visual devices, and we were good to go.

Without a reference, we would have needed to figure out the visual language ourselves - totally doable but a time-consuming process of trial and error.

There is no shame in drawing from reference!

With Brendan’s help we managed to get the video published on Thursday afternoon - just 48-hours after I pitched it.

I didn’t think when I returned from my vacation last weekend that I would be on the internet eating toilet paper but, like I said, strange times.

Keep safe out there.