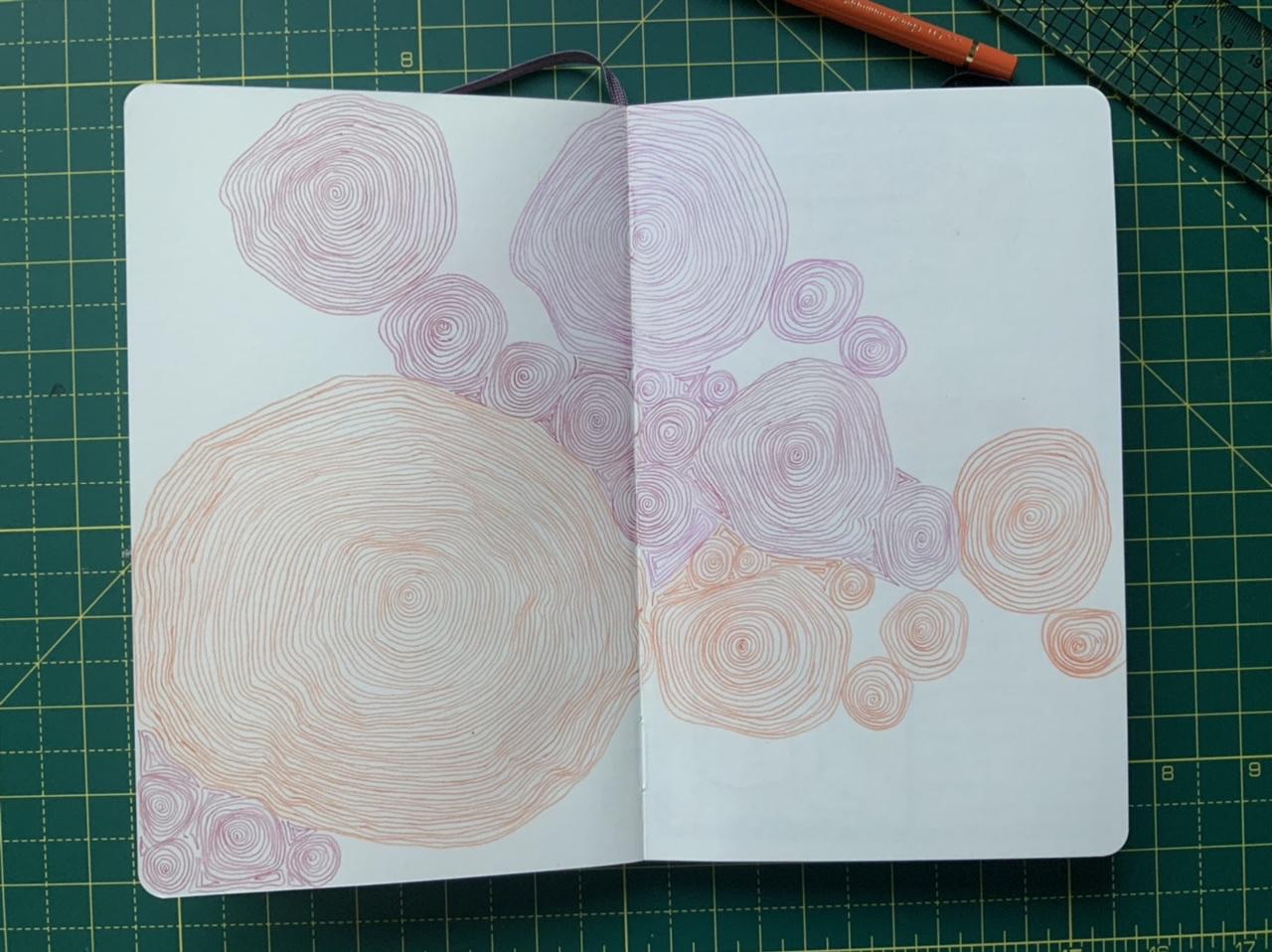 I’m back to filling sketchbook pages with spirals while the caffeine kicks in.

Almost exactly one year since the last one (#49), here’s another story about the universe.

Three months ago I was watching a preview screening of a short documentary about a forensic cleaner — a guy you hire to clean up after someone has died. It’s a grim job but he takes it very seriously and even wears a suit out of respect for the dead.

While watching the film, an idea dropped into my head for a fictional story about a person like this except, instead of paying them to clean up after a death, they do the killing. An image lodged itself in my head of this lone professional walking the streets at night on their way to quietly carry out the next job — and a dystopian future where so many people want to die, it has become legal and commercialised. 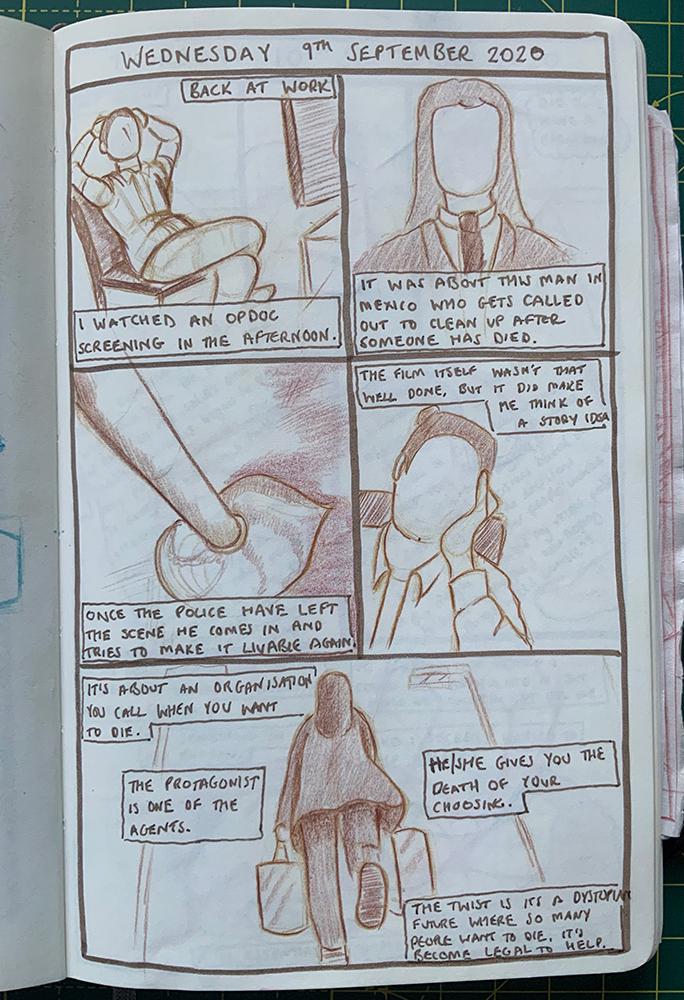 Then, about a week later, C handed me a cut-out from a newspaper inviting entries for a graphic short story prize.

“You should draw something for this” she said.

Despite the events of this year, or perhaps because of them, I felt motivated to get up an hour earlier for the next six weeks to write and draw a short four-page story.

And that idea, bleak as it was, had turned up just at the right time.

How’s that for Big Magic?

I’ve never made a comic before so I had to figure everything out as I went along, from layout to workflow, even dots-per-inch and colour modes, but I just invented my own process as I went along and was able to post my entry on time for the deadline.

The winners were notified on Friday and…

…I didn’t win. Of course I didn’t! There must have been hundreds of actual graphic novelists entering.

And I won’t lie, I surprised myself! I’m really proud of the finished story and the good news is, because I didn’t win, I don’t have to wait for it to be published before I can share it with you.

So in next Sunday’s letter I’ll show you my short graphic story and the following week I’ll share my process with lots of sketches!

In the meantime, a new film I produced for The New York Times was published on Wednesday.

This one is different from anything we have made before.

It’s a thanksgiving message to all the public health officials trying to navigate America through the pandemic. Many of them have been receiving abuse and death threats this year, so we asked: instead of harassment, what if they were given awards, like the Oscars? 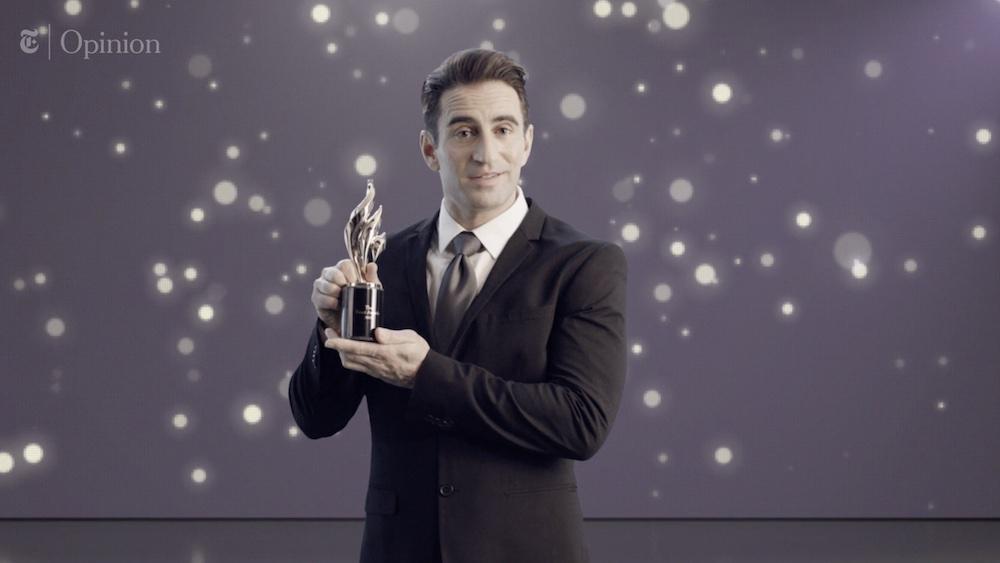 That statuette is real!

Yep, we made an awards ceremony, which we called The Faucis. Take a look!