The pains of being a creator on the internet are well-documented: the Sisyphean popularity contest in service to a billion dollar tech monopoly; measuring your worth in terms of what can be measured, in ultimate conformity to the desires of a distant algorithm. More of us are creating than ever before, but I’m not the first person to notice how quickly the opportunity narrowed.

Of course, lots of people are making a good living, building an audience, travelling the world and having fun - that is brilliant. But it’s not without it’s creative disappointments and mental health challenges.

I want to use today’s letter to praise a medium that — by accidental design — is the antithesis of this ecosystem: at once unmeasurable, hopelessly unscalable, impossible to centralise, algorithmically unfathomable.

And therefore extremely exciting for artists. 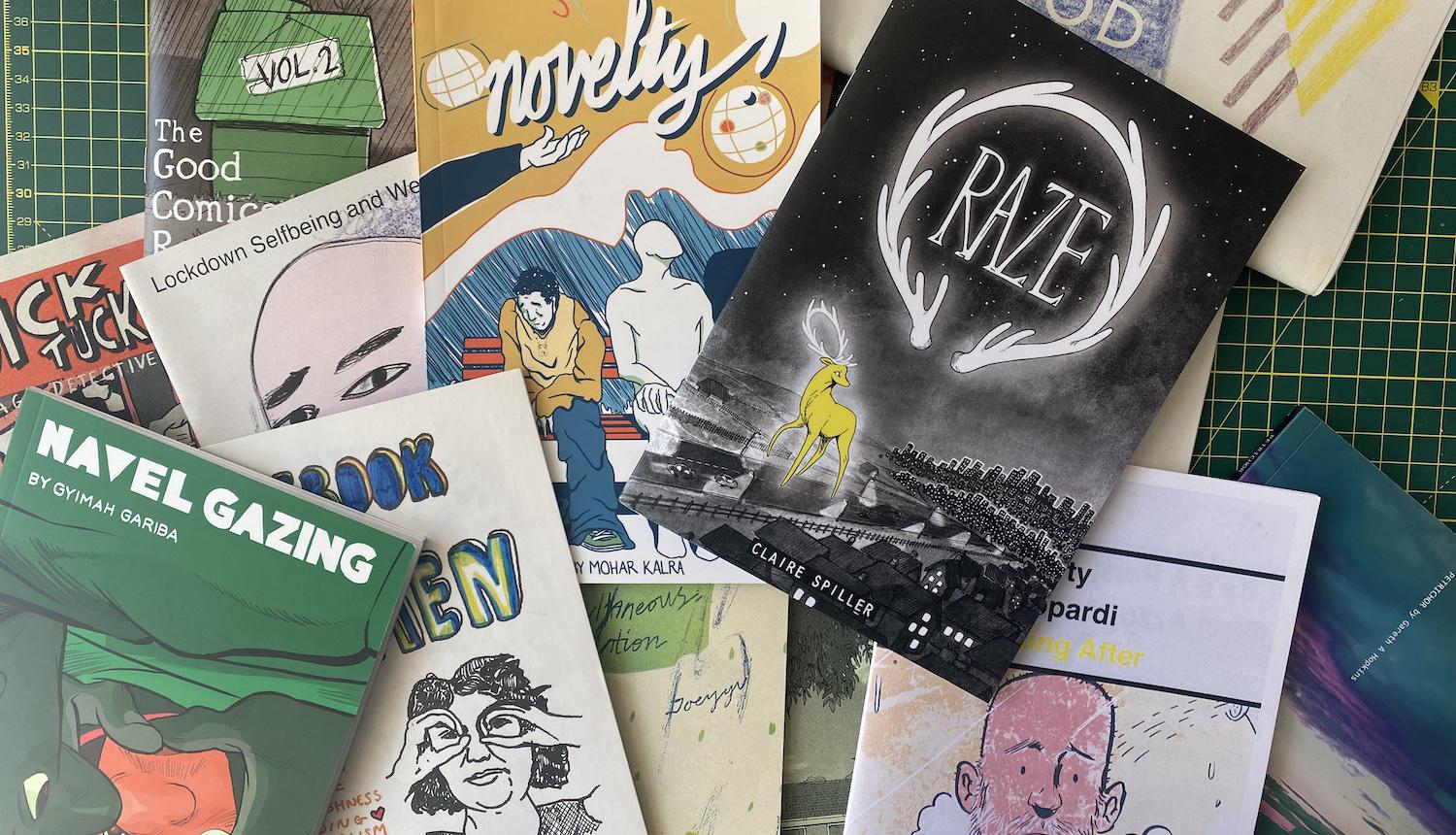 In Praise of Zines!

Zines, at least as we know them, have been around since the last war, when they were created to publish science-fiction short stories, and if I were to offer a general definition, I’d hazard: self-contained written or drawn art, self-published on paper, traditionally with the use of a photocopier.

These elements in some way make zines a rebellion against the laws of online content creation. Simply by virtue of being a physical item, they are harder to capture digitally; there is no centralised social network you must sign up to in order to make one; the hassle — or what some might call the grit — of printing, folding, stapling and posting makes it very difficult to do at scale.

From what I understand it’s almost impossible to make much money from publishing zines and in the folds of hyper-capitalism, that feels like a superpower, an invisibility cloak to hide from eyes ever-seeking new commodities.

One of the earliest letters I wrote to you back in 2019 was about my joy at receiving a “one-page work of fiction” in the mail from author Robin Sloan — (#006).

I described it as “an artefact that feels like it’s from the past and the future at the same time, available mysteriously and ephemerally and then it’s gone.”

Later that year, we replicated that feeling right here in this newsletter, when I painted dozens of postcards and mailed them out to Third Something readers. This project brought us closer together and many of you told me you loved the anticipation of receiving a letter in the post.

It’s been said many times before, but once more with feeling: a PDF isn’t as good as a book you can hold; receiving a newsletter isn’t as thrilling as receiving something handwritten.

In praising zines, some people draw a parallel between them and the halcyon days of Web 1.0 - when ugly gifs floated across Geocities fan pages. It was a time - before YouTube and Facebook — where there were no rewards for being popular, just for being you, and creativity thrived.

Zines, immune to content culture, have remained a vibrant, diverse and colourful ecosystem where creativity flourishes outside of the algorithm.

Over the last year, I have built up my own little collection of zines — via the web, comic stores, even museums. They’ve made me laugh, surprised me and opened me up to new experiences.

First, the sheer range of zines out there is marvellous, from this hilarious film noir inspired detective story, based entirely on a dumb willy gag, to this beautifully intricate memoir from a celebrated graphic novelist: 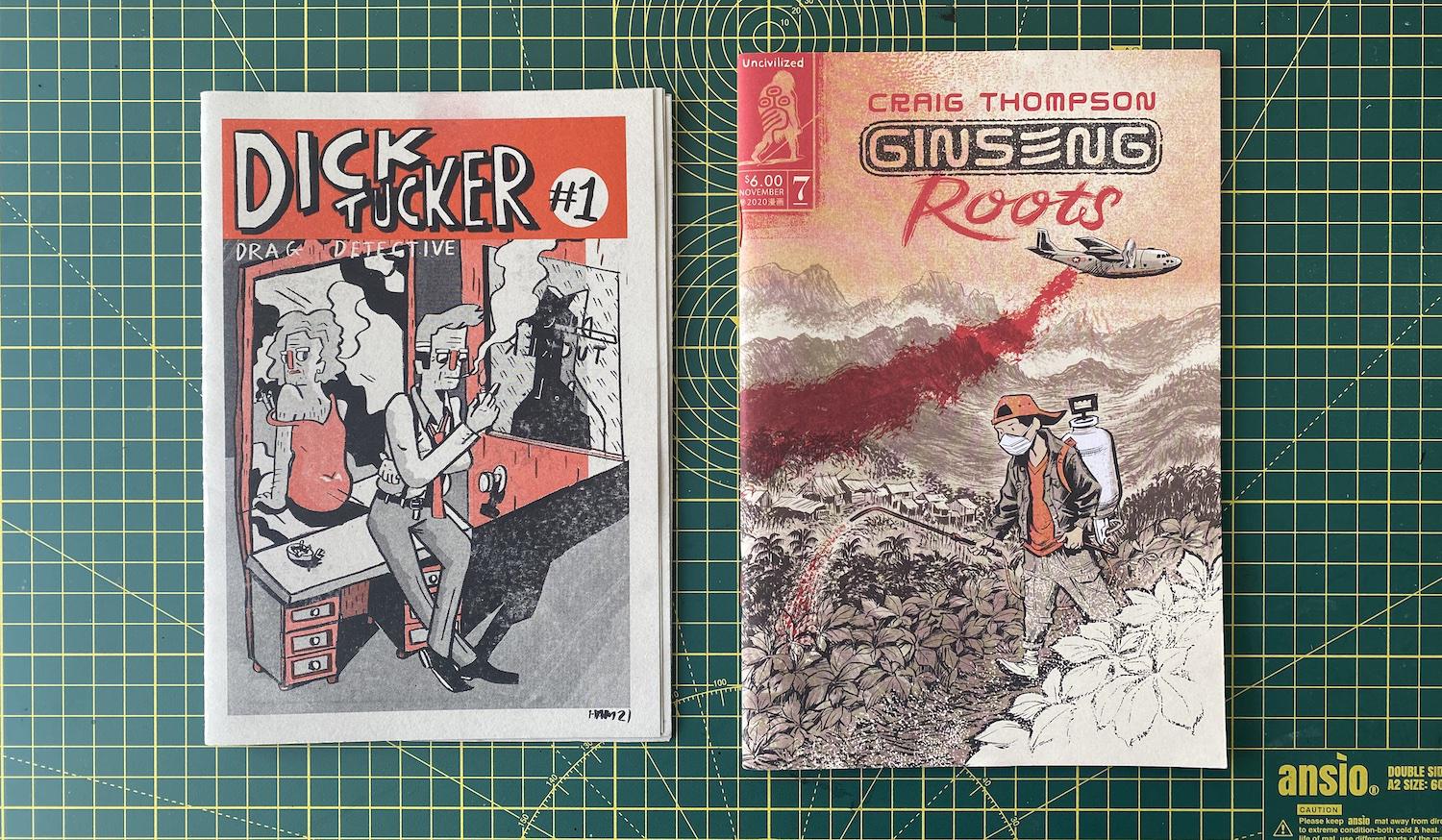 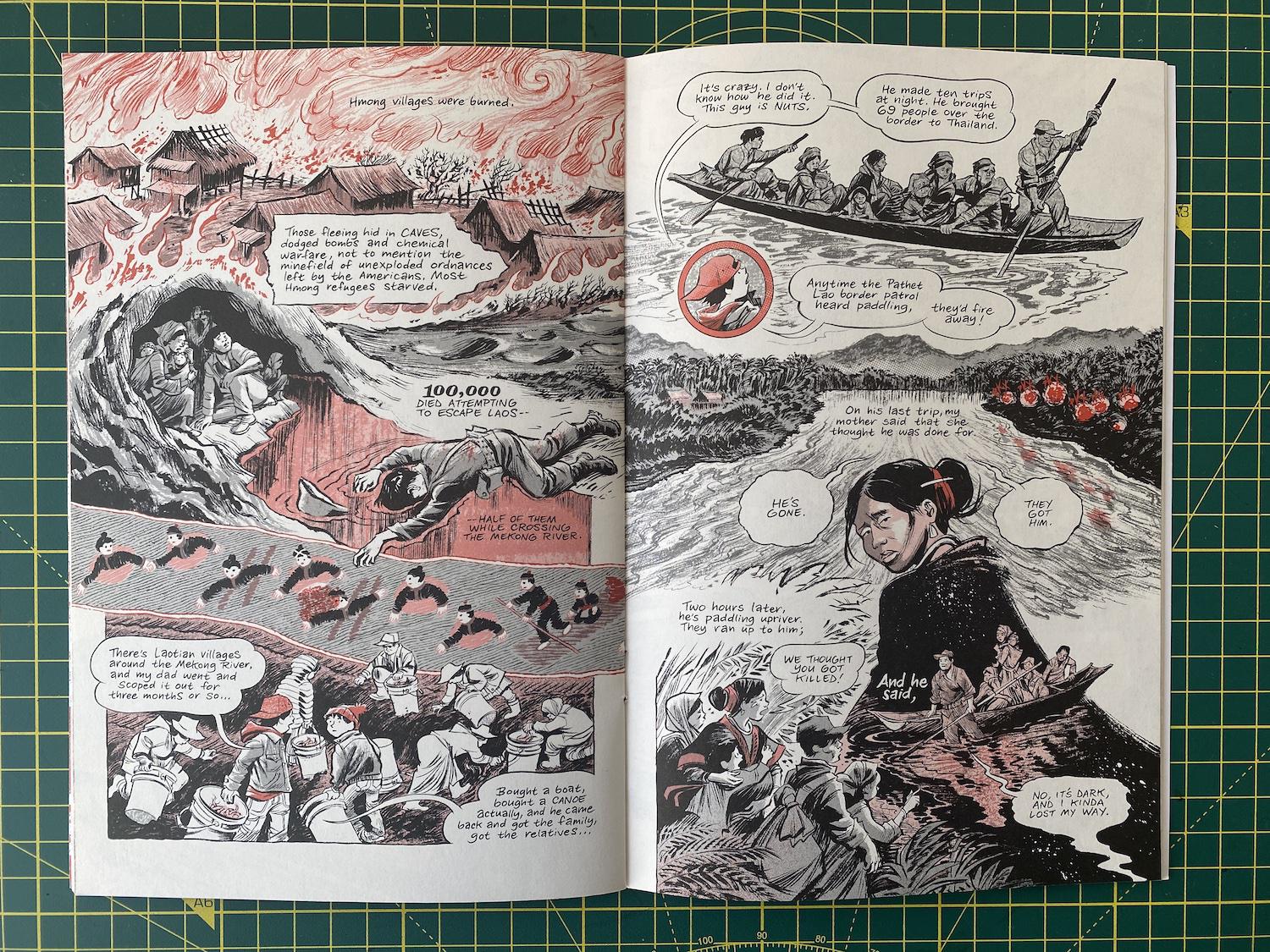 A spread from Ginseng Roots by Craig Thompson

As a visual storyteller, I find comics a much broader church than film. With such small financial risk and incentive, zines welcome work in all all kinds of styles.

I love equally this hand-scribbled zine from Hato Press, and these beautifully drawn and bound fables published by Good Comics and Shortbox: 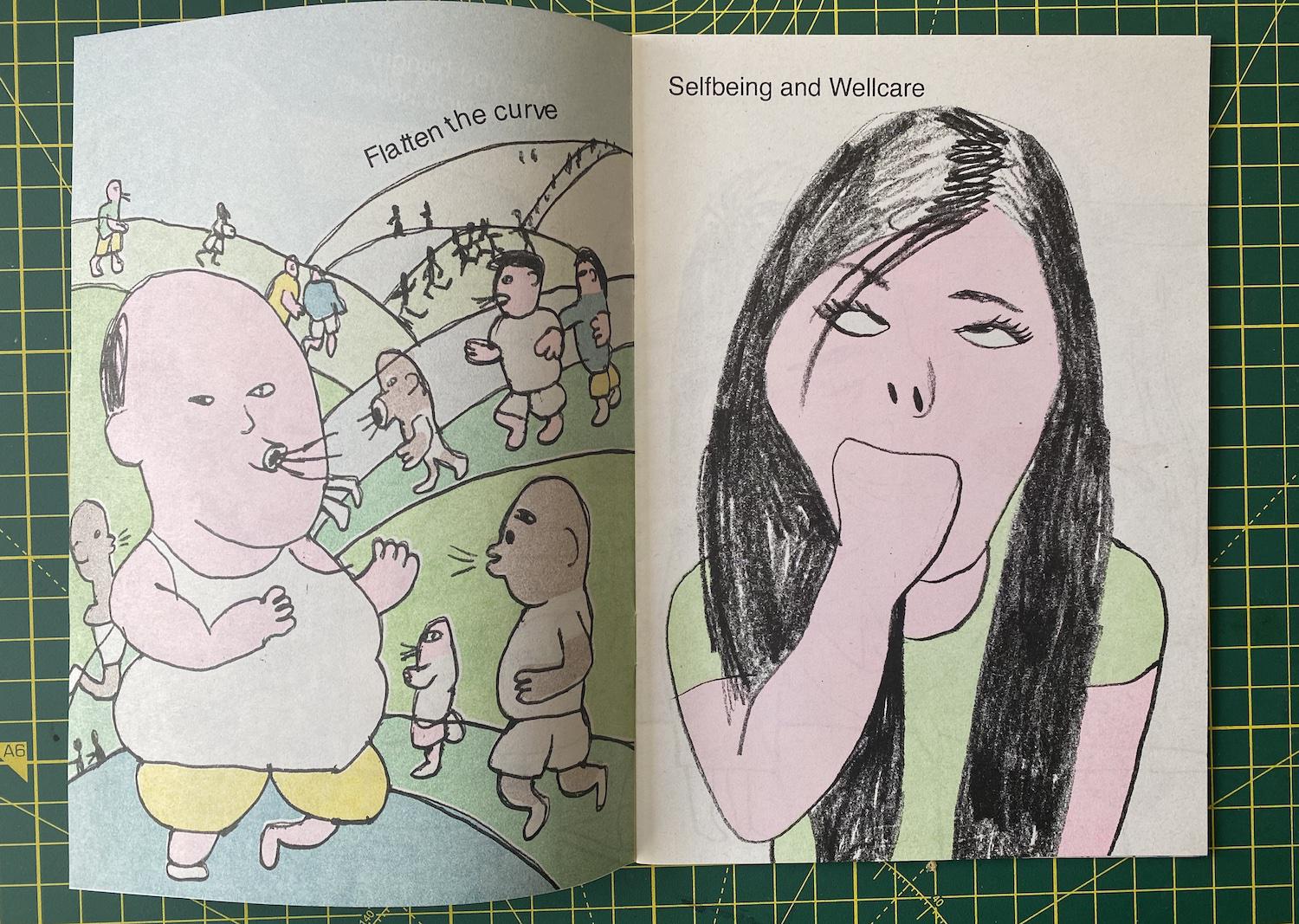 A spread from Lockdown Selfbeing and Wellcare by Wilfrid Wood, published by Hato Press

Artists are playing with the potential of visual storytelling in eye-opening ways, from Gareth A. Hopkins' abstract comic Petrichor to Kristen Haas Curtis' wordless zine Crushing. As both an artist and a reader, I’m surprised and delighted. 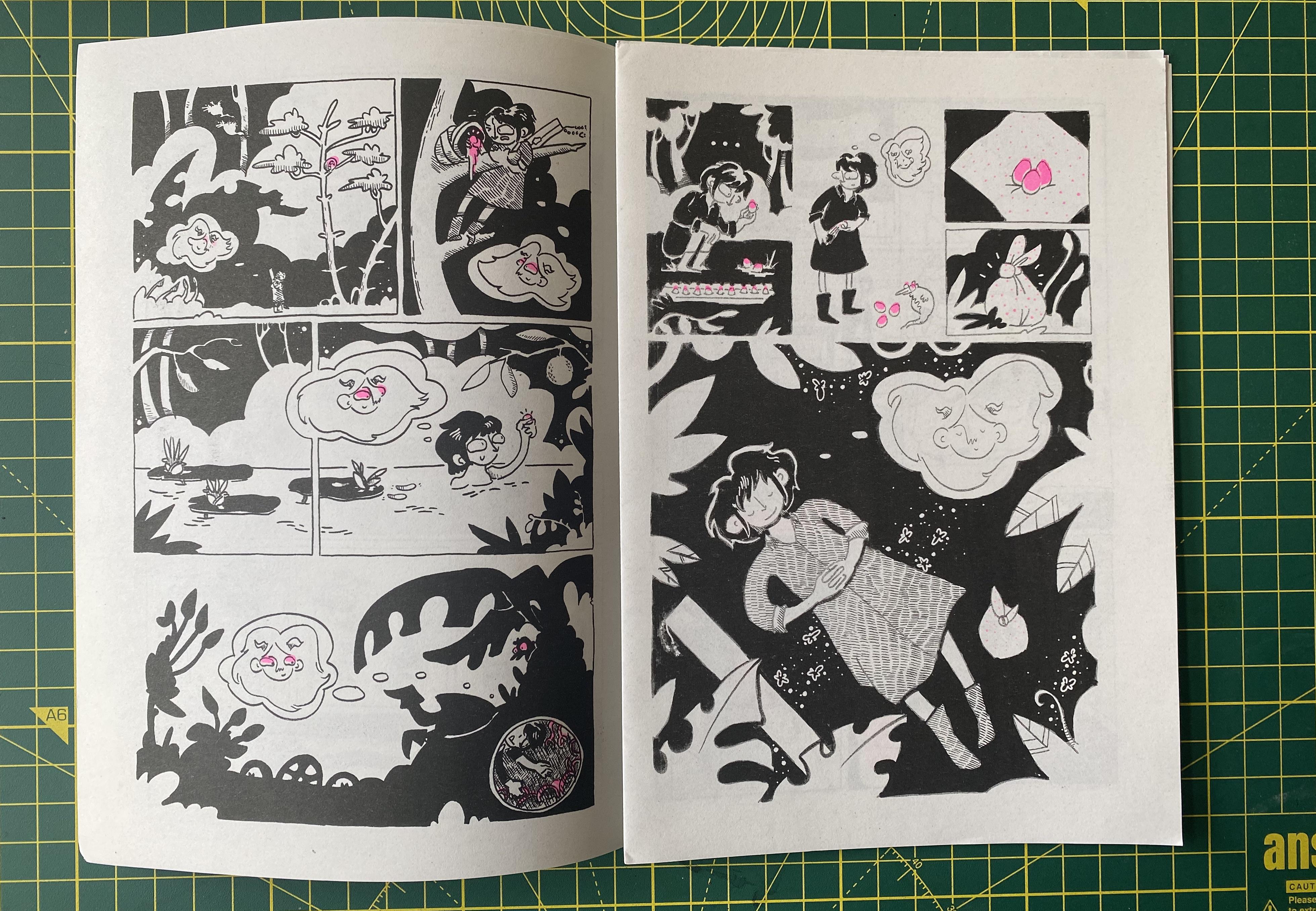 In short, zines feel like a fine way to exceed algorithmic description!

The artist Raina Lee, who describes Zines brilliantly as an “instantaneous paper rebellion” says this:

“How will we remember websites five or even twenty years from now? I have more faith in zines as unique tangible expression, a photocopied thought that someone could hold and find at the bottom of their underwear drawer.”

What do we do with all this? I promised in #111 that these letters are all leading somewhere. In the next one, I’m finally going to tell you about a new project I have just started work on!