It’s time to reveal what I’ve been cooking up all this time!

Now, you’re smart people and you have already pieced those two things together to figure out what I’m making.

But for me, it hasn’t been that obvious.

I’ve been sitting with these two interests for nearly a year, but somehow unable to marry them together. Both zines and short stories come in so many forms and flavours, I just couldn’t seem to get a fix on what I wanted to make.

Typical of me, I overthought it and couldn’t move forward.

Enter Adrian Tomine.1 His graphic novels and short story collections - Killing and Dying, Shortcomings and The Loneliness Of A Long-Distance Cartoonist are beautiful, sad and wickedly funny.

Adrian’s career began in the early 90s when, still a teenager, he published seven issues of a zine called Optic Nerve, which became a 90s west-coast cult hit. 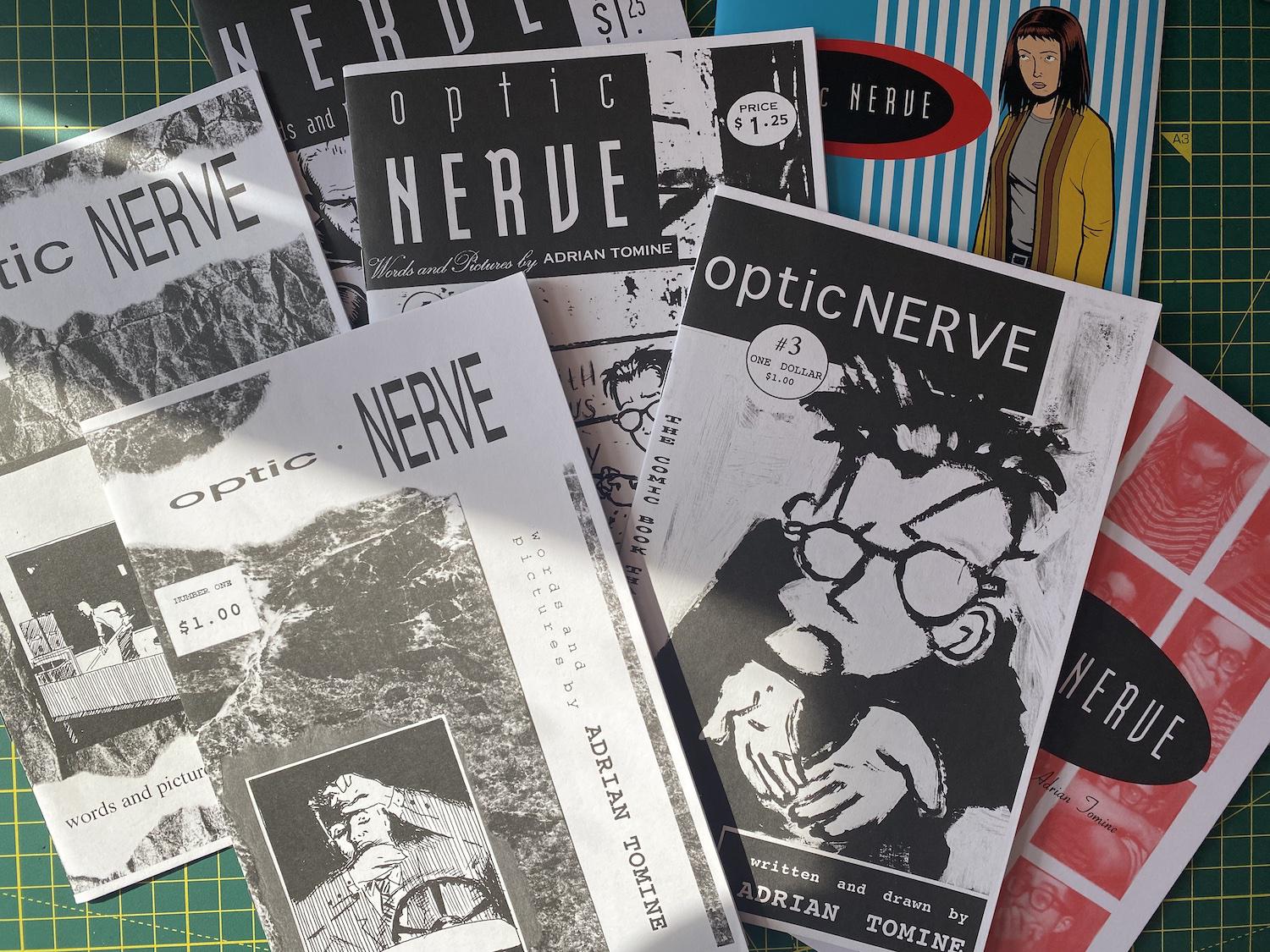 There’s so much about Optic Nerve I could pick out — marvelling at such nuanced adult stories coming from a 17-year-old; seeing Adrian’s drawing style and ambition mature through the issues; even enjoying the pre-internet intimacy of mail-order comics (Adrian printed his address on the back of the zine and readers would send him cheques in the mail 😍). 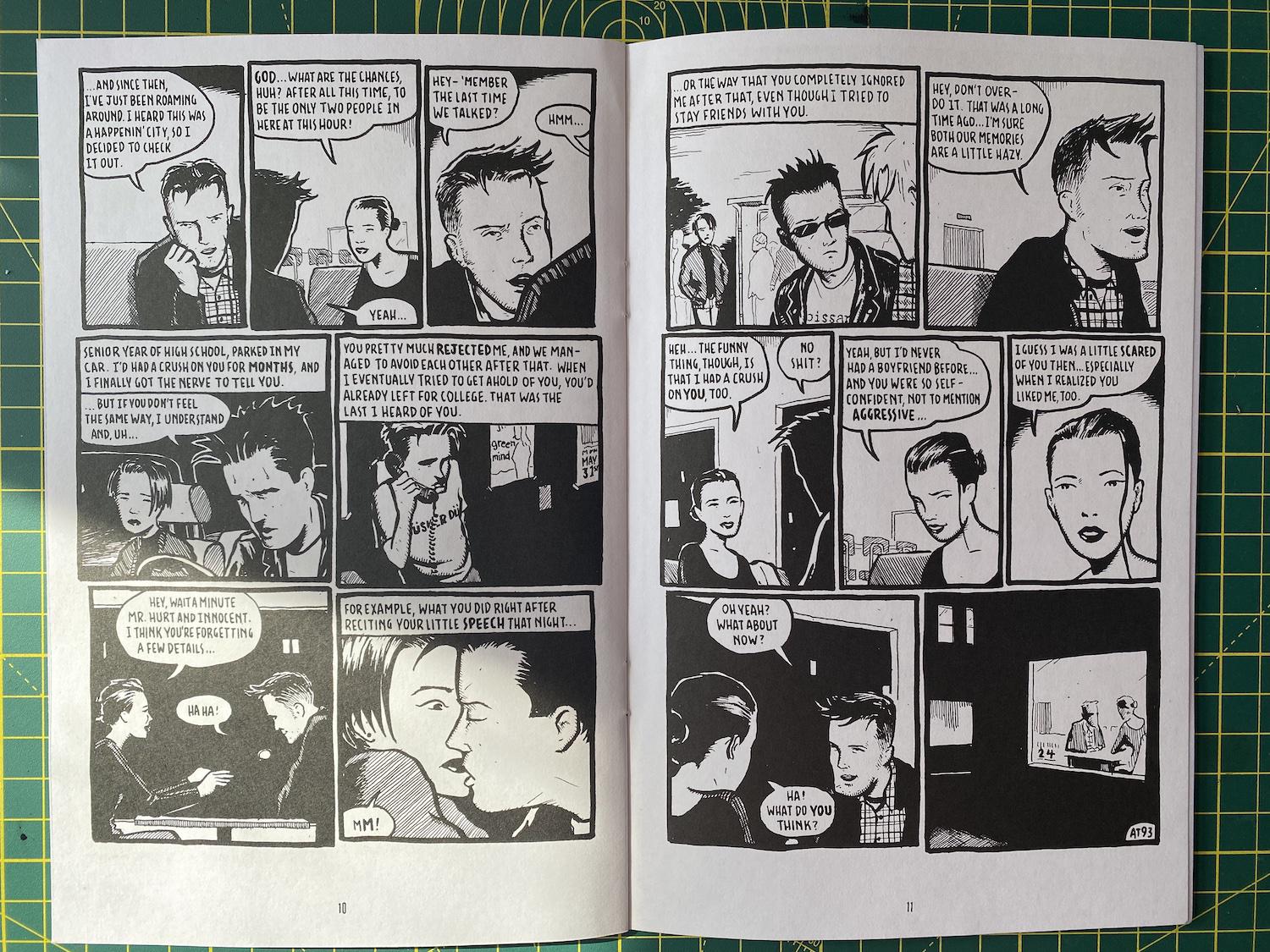 His zines have been republished as a collection called 32 Stories and reading this in January, suddenly I had in my hand what I have been wanting to make all along: 20 or so pages, containing four or five short, grown-up stories in black and white.

It’s a format that feels broad enough to be exciting and unknown, and yet entirely manageable and contained; a feeling of “oh yeah, I could make something like this!”

Sometimes you have to see it, to see it!

This month I began work on my own short story collection, which I am going to publish as a zine later this year.

It’s going to be called Bite Guard Fever Dreams because I really like how that name sounds.

It’ll be roughly 20 pages in length, completely hand drawn, in black and white. Depending on costs, I’m aiming to print maybe one hundred copies to post to you fine people around the world.

I’m really excited to be working on some visual fiction again!

Do you want to come along for the journey? 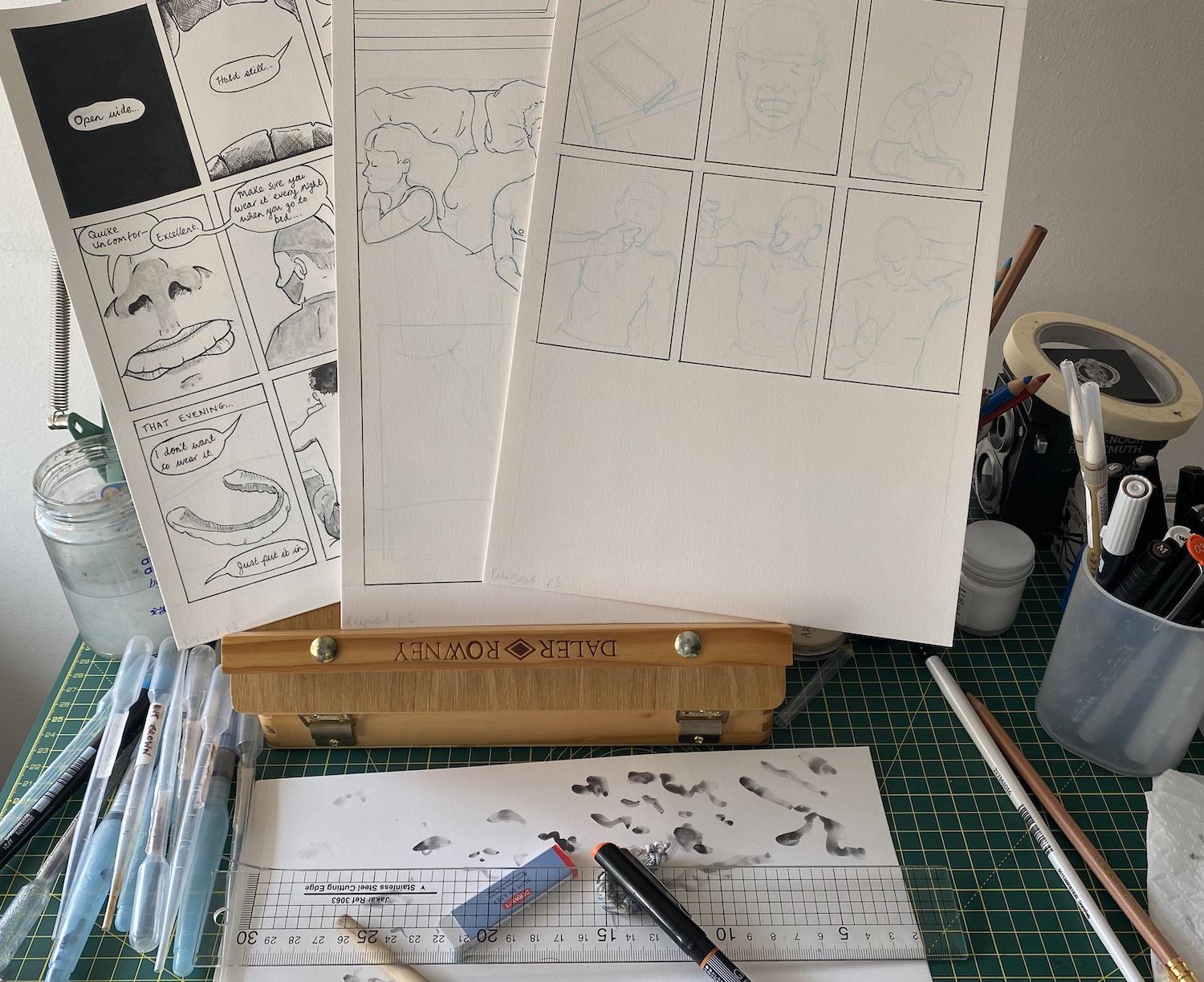 I’ve never published a zine before, I’ve only written a handful of short stories and I’ve only just begun experimenting with pen and ink. There’s a huge amount I’m going to learn on this project, and it occurs to me that some of you might want to come along for the ride.

But it also occurs to me that some of you might not!

My solution is to open my first pop-up newsletter: a separate, one-off, time-limited series, with a singular goal.

Craig Mod writes eloquently on the benefits of the pop-up newsletter and I’ve been wanting to try one for a while.

Yes I know — not another newsletter! — but I promise this one will be short, specific and temporary.

You’ll receive brief, work-in-progress updates from my drawing desk: photos of my pages as they currently stand, ideas I’m trying to develop, problems I’m trying to solve, mistakes I’m making and lessons I’m learning. If I get stuck, I might ask for your ideas or help. I won’t hold any details or stories back — there will be spoilers!

It’s free and subscribers will get an early-bird discount on the finished zine.

And once the project is complete, the newsletter will self-destruct and your email addresses will be removed from the list!

This pop-up is opt-in, so if you don’t want to hear anything about this zine again then you don’t need to do anything. Meanwhile, usual Third Something programming will continue right here, as normal!

However, if you’d like to be part of the journey, subscribe by adding your email address down here: 👇 👇 👇

⚠️ Be sure to check your spam folders and mark the email as ‘not spam’!

My pencils are sharpened, the ink wells are loaded and the sun is rising earlier and earlier each morning. I really can’t wait to show you what I’m working on!