James Clear’s book Atomic Habits is as good as everyone says it is.

With minimal self-help guff, he presents a tangible and usable process for building good habits and getting rid of bad ones.

The big revelation for me was Clear’s distinction between goals and systems.

Our outcome-orientated society cares about goals. We are told to identify big glorious ambitions and break them down to manageable chunks in order to achieve. We complain when we don’t have any direction in our life and look enviously at people who are working towards some big dream.

If only I had an idea for a novel, screenplay, album…

But it turns out goals are not great motivators.

A big ambitious project is exciting at the very beginning but, as time passes and the goal remains distant (or even moves! - see #34), it becomes less of a motivator and more of an albatross around your neck.

If you have ever felt the passion for a project fizzle out halfway through you’ll know what I’m talking about.

A system is a daily habit or sequence of habits.

It’s the difference between saying “I want to write an Oscar-winning screenplay” and “I’m going to write two pages of dialogue every morning.” As Clear says:

When you fall in love with the process rather than the product you don’t have to wait to give yourself permission to be happy. You can be satisfied anytime your system is running. 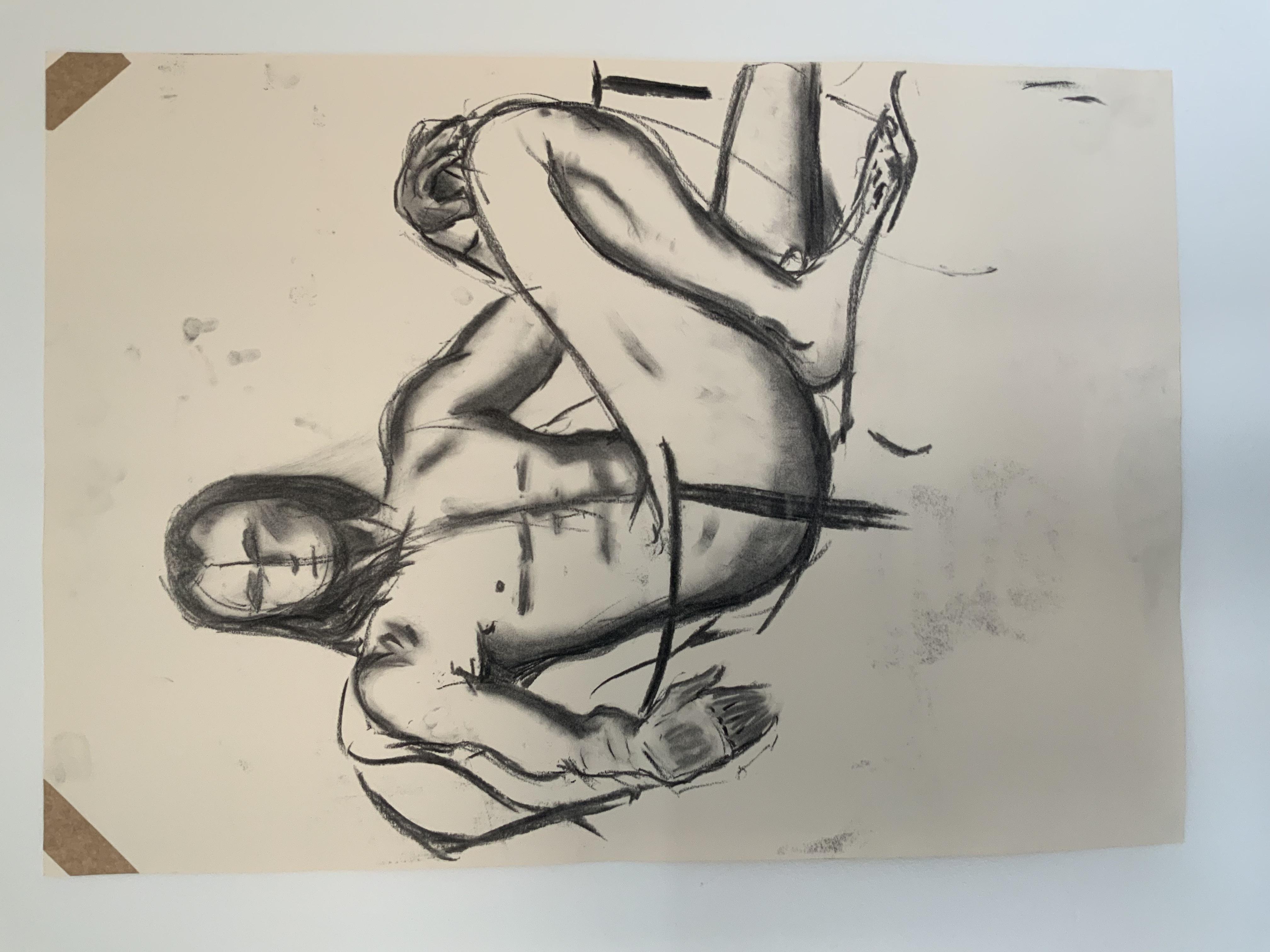 My first ever attempt at drawing with charcoal 😬

When focusing on systems, the outcome is less important. The only thing that matters: is your system running OK?

The numbers of a well-oiled daily system work in your favour: a daily two-page habit could produce more than 700 pages of screenplay in a year, the equivalent of five feature scripts.

I’m beginning to understand that the work of an artist isn’t in whatever finished pieces they produce, it’s their system, their practice.

Maybe that’s how artists, in all different fields, keep themselves grounded, by being obsessed with their system, their daily habit: is it running smoothly?

And while they focus on their practice, the output kind of takes care of itself, emerging organically from the system.

As my friend, Disney artist Chris Oatley says, “artistic growth is not a goal, but a full sketchbook is.”

One of Clear’s most compelling metaphors is the idea that each time you perform a habit, it is a vote for the kind of person you will become. The identity with the most votes at the end is who you are.

The word identity literally means “repeated being-ness” - in other words, you become the things you do every day.

You don’t need to have had anything published in order to call yourself a writer. You become a writer simply by being a person who writes every day.