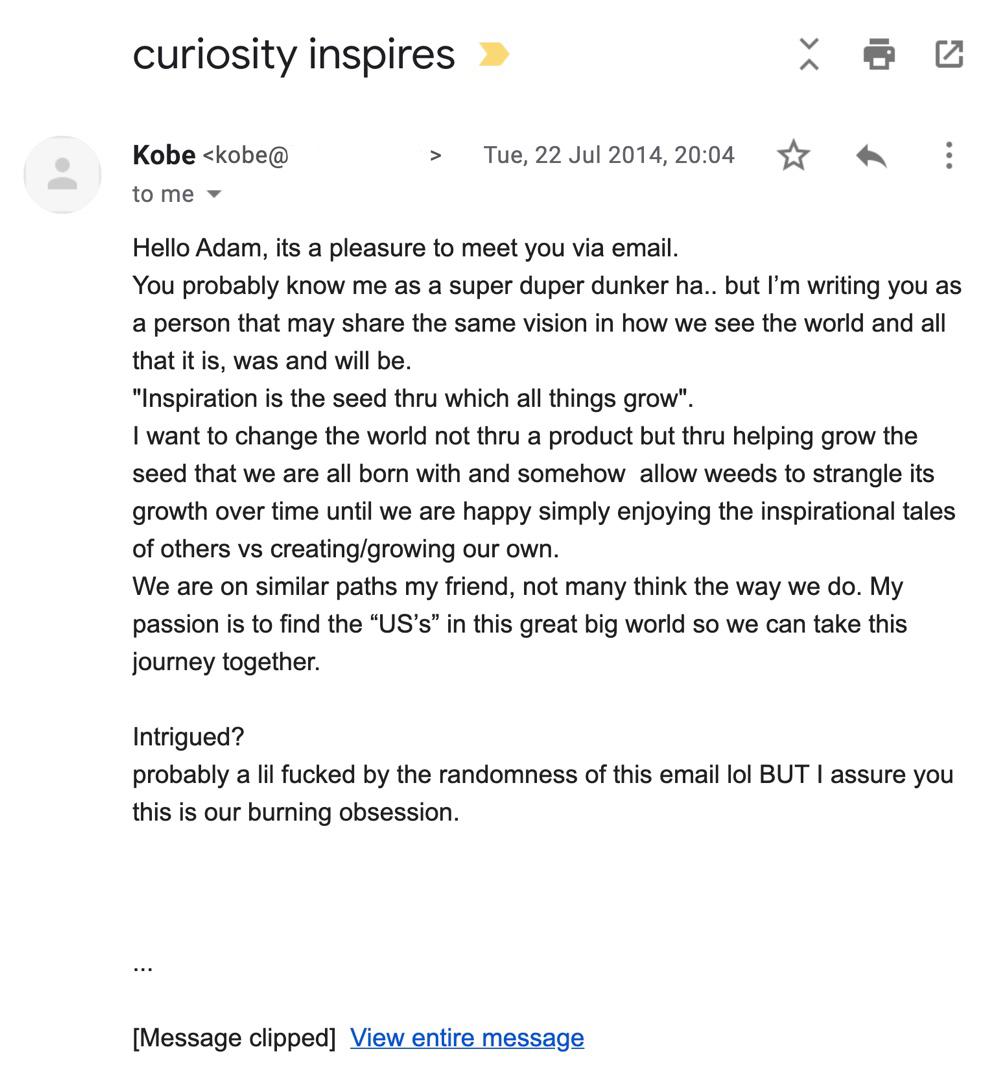 Rather than a time for new beginnings, the first month of the year (and the decade!) has been one of endings - none of them wanted, or even expected.

My grandfather passed away on New Year’s Day and it’s gone downhill from there. My country left Europe on Friday night, something I had hoped would never happen. Even my weekly drawing class - my first hobby! (#032) - was suddenly cancelled last week. And another ending is too recent and painful for me talk about here, but suffice to say your correspondent needs a hug.

If any of you are going through hard times right now, I hope it is a comfort to know you are not alone.

Endings, of course, mean new beginnings, but the first days of spring are still a long way off.

You might be wondering about this email from Kobe Bryant.

He really did write to me once, out of the blue, after seeing my video essays about Leonardo da Vinci. I thought it was a hoax at first, but a few days later he called me and we spoke on the phone for an hour about creativity and the power of inspiring other people. Throughout his basketball career he had studied history’s greats - I remember he talked at length about Mozart - and used their stories as fuel for his own inspiration.

He was transitioning out of basketball and he wanted to do more with his retirement than sell sneakers - a project that would lead to him winning an Oscar.

“Inspiration is the seed thru which all things grow”

And now he’s gone too.